I CANNOT believe that they poor sweet little Bachelorette is crying over that stupid little g.e.r.k (this is really supposed to be a j.e.r.k, however since we have to spell out all bad words, my silly seester spelled out g.e.r.k instead) awe funny times.  Good laughs.  Now back to the seriousiness...Ashley was forewarned about Bentley prior to meeting him and she still kept him and he played her like a fiddle.  Man can that pretty face play the fiddle, ohmygeez.   She is bawling her little eyes out and he says she was standing on the couch and she wrapped her legs around and they were in a good position.  He didn't like her and wasn't attracted to her but he said he could hook up with her from time to time.  I know those guys, I have been with those guys.  GERKS!!!!  Hopefully it works out for her and she finds her perfect guy, because Bentley wasn't that guy!!!

To Bentley: You are more of a jerk than Wes from Austin.  I hope that every girl saw how much of an ass you are and no one will date you.  Your little girl will be the only girl that loves you and that's because she doesn't know your true personality.  You will never break her heart and if you do then she will have to forgive you because that is the right thing to do.

Brooke
I am a thirty something newlywed that just finished school. I am an Accountant and a shopolohic!! I am a lover of all things crafty and vintage!! 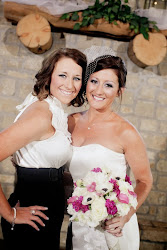